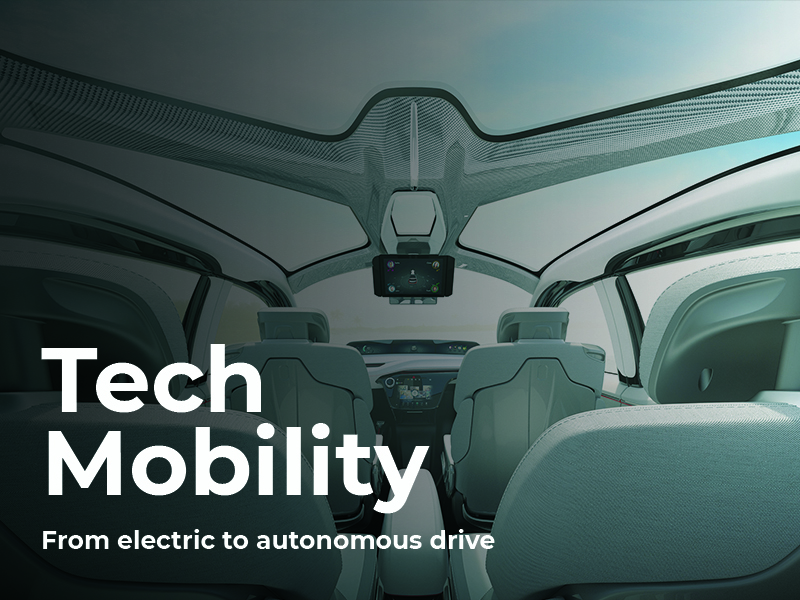 The tight relationship between cars, economics, environment and society is an unquestionable fact. Actually, Automotive field has always been encouraged and motivated to go further his own research in security safety, wellness and people quality of life. But today the key part performed by this field forces companies to go beyond economic return and pay attention to responsibility practices within both productive processes, regarding Stakeholders and, in wider terms, regarding the whole community.
Environmental perspective is becoming an essential element for growing and supporting their own business, indeed all big players are betting on green mobility future.
Pollution and noise pollution decrease also the reduced maintenance of the vehicle, because of reduced moving parts, are unquestionable benefits of electric vehicles.

By simplifying, there are four categories of electric vehicles: hybrids, which are on the market the longest, also thanks to Toyota that in the end of nineties placed the Toyota Prius.  A combustion engine is supported by an electric engine with which the vehicle travel for few kilometres without emissions and it’s useful in start phases, typical of a urban context.
The plug-in hybrids have more powerful batteries than common hybrids and they can be charged by a plug-in.
On the other hand, hybrids with extended autonomy (EREV) are driven by an electric motor, but they also have a combustion engine which charges the battery and it extend the vehicle autonomy.
Finally, there is the 100% electric: the true vehicle driven by an electric engine powered by a battery.
The direction taken by car companies, as we mentioned before, is related to eco-friendly vehicles, with a look to security subject, which is a new challenge.

Starting with the assumption that man is the weak link of streets security, the work is being done by technologies that help him driving with the final purpose of replace him completely.
Driver assistance’s evolutionary path begins with ABS and ESP inventions, which now are standard on every commercialized vehicle, until the develop of new technologies,  like the emergency braking, adjustment heeling system, adaptive speed control, blind spot monitoring, assistance between traffic and park assist. At the base of all these systems (ADAS, Advanced Driver Assistance Systems) there are a series of sensors as cameras, radars and infrared sensors which collect data, which are managed by software that control the whole vehicle.
In this case, Institutions give a considerable support for spreading these new technologies, at least for what concerns EU, indeed a provisional agreement has been reached about safety rules of the road, and starting from 2022 new safety technologies will be mandatory on vehicles board to protect passengers, pedestrians and cyclists.

Another essential element for the development and large-scale deployment of these important innovations is the internet: smart technology and being connected anytime and anywhere seem to be on track to became a consolidate trend for cars too, so to have all the vehicles will be all connected; it will be necessary a brand new net capable of supporting the massive quantity of data sent from car to the other vehicles which surround it, to the traffic light which controls the flow and passengers.
For professionals, 5G is the theme of a transformation that intersects car and communications companies. The introduction of 5G will be slow but stable, so we could summarise Automotive’s future in two words: autonomous driving.
Indeed, it should be specified that there are different levels of automation, SAE International Automotive identifies five categories:
level 0, or no automation, level 1 (assisted guide), which has supports but just as visual or acoustic alerts, level 2 (partial automation), so braked assist and emergency brake, level 3 (conditioned automation), when the vehicle is able to drive itself managing acceleration, brakes and direction while the driver intervenes in difficult situations or when autonomous driving is forbidden or too dangerous; level 4 (high automation), which means autonomous management of acceleration, break, direction and traffic control. The car manages typical situations due to the traffic and it’s completely able to drive itself, but the driver can take control of the vehicle whenever he wants, and finally level 5 (completely autonomous), in which the presence of the driver is not needed at all: the vehicle drives only autonomously managing all the typical situations of driving and identifying route, accelerating or reducing speed under the conditions of traffic or appearing situations.
Autonomous drive vehicles (level 3 and 4) are now on trial: tests, started at first in California with Waymo ( Google’s propriety), are spreading gradually in the whole world. Even Turin, which is the only Italian city that owns a 5G aerial, has started on the road trials.
Volkswagen started this year autonomous drive trials of level 4 in Hamburg traffic. Five e-Golf equipped with laser scans, cameras, ultrasound sensors and radars, circulated in three kilometres tract, which is reserved to connected and autonomous driving.
There are many predictions about massive deployment of these vehicles, between progress and setbacks, we’ll have to wait at least until 2045 to see level 5 cars on the roads, according to Violeta Bulc, transport Commissioner of EU.

There is a lot to consider in this transformation process. And that’s why, in addition to engineers, designers and professionals, we can find figures such Melissa Cefkin, researcher and design anthropologist at Nissan Research Center, in Silicon Valley.
As a matter of fact, not only metropolitan scenario will be change, but also our way of interaction and behaviour when we are on the road. Every culture has its own rules and habits. For this reason it’s necessary to analyse people’s behaviour, how they walk, drive and interact with the environment. Cars will have to understand the differences of behaviour among different societies, understand what is right and what is wrong, starting from cultural peculiarities.
Another important transformation will involve our way to relate with the vehicle. If we were forced to focus our attention entirely on driving, in a “shell” moving in full autonomy, we’ll have available time to do something else, therefore it will change the on-board experience and the way of design the interiors.

The CES 2019 in Las Vegas gave us some examples. Audi presented a platform which can be used with VR Headset with Front Camera & Controller, useful to entertain passengers projecting them in a kind of parallel world.
Nissan instead, debut with a new technology named Invisible-to-Visible or I2V. This system gathers with a smart windscreen, augmented reality and data transmitted by cloud: it is able to project graphic elements which change in real time thanks to a series of internal and external sensors and cameras. Once driverless mode is active the user can talk with a virtual alter-ego or decide to project inside the vehicle custom-built scenarios.

Probably future cars will look much more like a domestic space, replacing pedals and wheel with smart seats which detect our position, dimensions and posture, custom built air conditioning for every passenger, infotainment screens.

This make the internal area more important for passengers and it won’t be a passive surface on which wait the end of the journey anymore.
Cars from being a simple transportation will turn into a living space, forcing us to reimagine the whole cabin.

Next post
https://errecompany.org/wp-content/uploads/2019/07/Mobility-ecosystem_800x600.jpg
This site is registered on wpml.org as a development site.