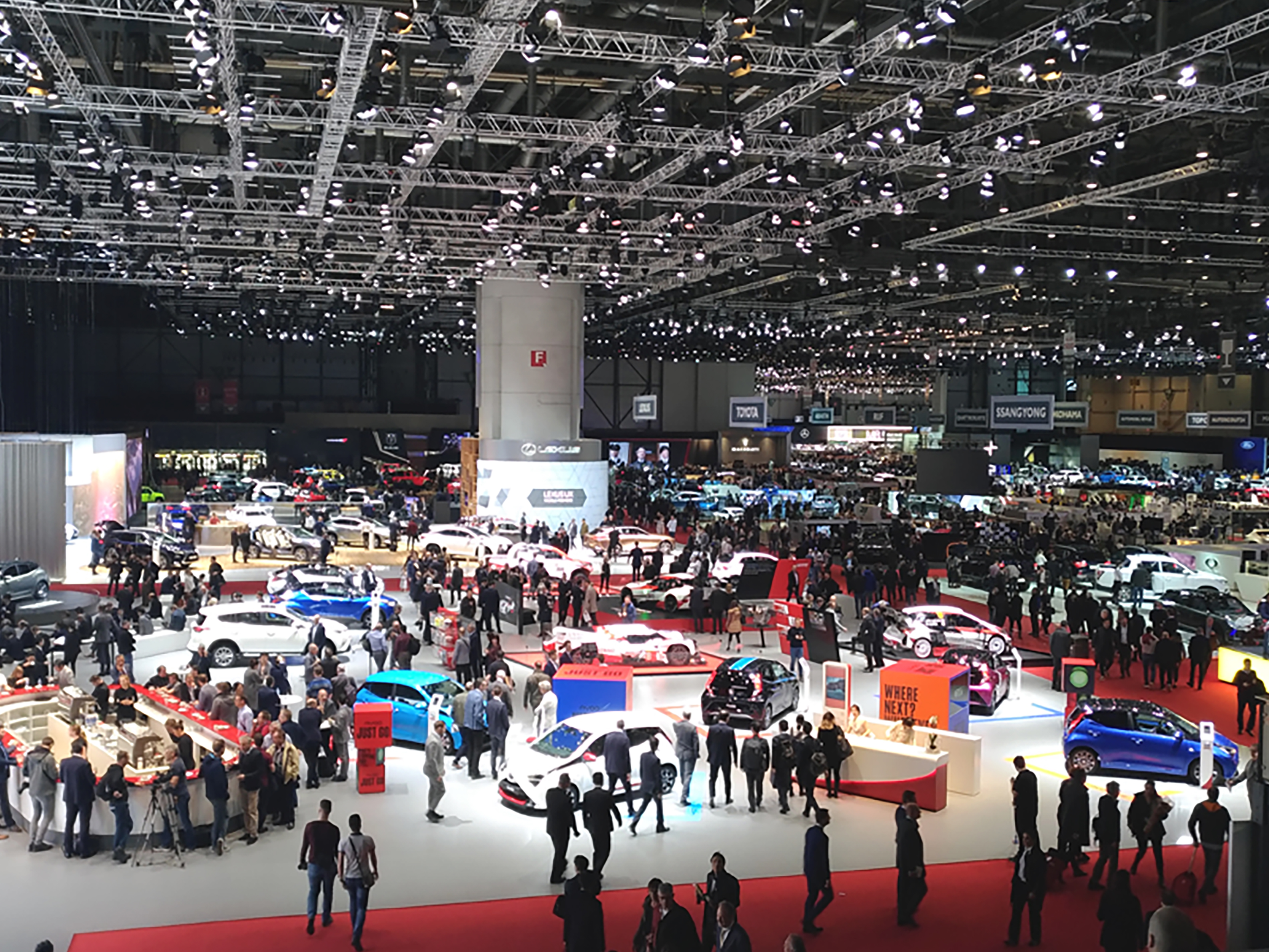 From 8 to 18 March was presented the 88th edition of the Geneva Motor Show, the most important international showcase in Europe for the automotive.
Also this year Erre Technology was present in this unmissable event.
180 car companies participated, with over 900 models and 100 world premieres.

In this Geneva’s Motor Show edition tendencies about suv-crossover was confirmed, such as the new BMW X4, the Jeep Wrangler and Compass from FCA. Among others, Jaguar I-Pace, that is the very first electric car of the brand, Lamborghini Urus, Land Rover SV Coupè, and the new generation of Audi Q3 emerged.

Regarding new sedans, the most important news was about the fifth generation of Class A Mercedes, proposing an A.I. guided advanced vocal recognition system, and the new Audi A6 equipped with mild-hybrid system and high connectivity.

“Today, every car produced by our facilities is plentiful of technology, engine manufacturing, dynamics and connectivity, without losing something we care a lot about: the pleasure to drive. It must not be forgot that, in a moment in which you talk about technology, people buying Audi wants the pleasure to drive, born with the Quattro dream accompanying us in the last 40 years.” (Fabrizio Longo – Audi Italia’s Director)

During the event in Geneva, particular importance was given to the car’s future vision by many brands. For example, Audi launched E-Tron Sportback, the first electric SUV from the brand intended to become iconic. It is equipped with three electric engines with 210 km/h max speed, 0-100 km/h acceleration of 4,6 seconds and 500 km of range. It will be the first of a twenty series of cars that will debut by 2025.

Volkswagen presented I.D. Vizzion concept car, showing its vision for the future: wheel and pedals will be substituted by an A.I.-driven vocal-gestural HMI, obtaining complete autonomous drive. Drivers will be totally free to spend their time as they wish during a zero emission travel.

Audi, Italdesign and Airbus presented the Pop.Up Next, the development of the flying car launched last year. This prototype combines agility of city-car with the freedom and flexibility of air-land vehicle, with vertical landing, joining automotive sector with the aerospace one. As compared to Pop.Up  2017 improvements were made in aerodynamic and internal design.

The most important features are: ADAS system for the autonomous drive, and HMI based on face identification in order to activate the commands and the services on board.

We are looking forward to see new proposals of next Geneva Motor Show 2019.

Next post
https://errecompany.org/wp-content/uploads/2019/03/geneva.jpg
This site is registered on wpml.org as a development site.